A brain your own size? Let's look at notable moments in their lives: Newton: invented calculus when he was trying to study the stars and planets because the current math couldn't explain his findings. Tyson: Said he still considers Pluto a planet. I think the shadow if his mind is still casting far on this battle.

Weird Al wins. There's no beating Weird Al at anything.

Newton won when they got weird Al to play him

To be honest. Its a fact that Isaac Newton is serious all the way to the end of this battle

Is that weird al yankovic that is issoc

Fun fact: In spite of his brilliant mind and incredible accomplishments (which, in the 20th century, would've merited multiple Nobel Prizes), Sir Isaac Newton had a number of flaws, including being a really bad teacher (very few students attended his lectures at Oxford), holding grudges for a long time, and acting like a jerk, particularly to those whom he didn't like, or who got on his bad side (such as Robert Hooke, Gotfrid Leibniz, and all the counterfeiters he sent to the gallows). So, I could see him mercilessly bullying a science educator like Bill Nye. Kudos to ERB for pitting Newton against Nye.

Newton was a Creationist so was unlikely to disapprove of debating one. Also, Ken Ham (though not my favorite guy) was the equal of engineering guy bill Nye.

The bars and the flow are fucking garbage in every video they make yall should check out The Infinite Source instead, better than this garbage.

Let us remember everything Newton did wrong: - He said the rainbow has seven colours (red, orange, yellow, green, blue, indigo, violet). It really has just six visible bands, he chose seven because it was a more mystical number. It should've gone red, orange, yellow, green, blue, violet. - Literally everything in his book 'Opticks.' Light is a corpuscle, he said, made of tiny particles. This was very wrong - but it was accepted by the scientific community for over three hundred years simply on the strength of Newton's other work, against solid evidence from Hooke, Huygens, and Young, each of whom came up with experiments showing that light was a wave as it diffracted. Now, light is also a particle (see wave-particle duality for this), but Newton didn't theorise that light was quantised (at least not as we understand it), his evidence that light was a particle involved it speeding up when it entered more dense materials (which is explicitly false, light slows down when it enters more dense mediums), and the presence of sharp shadows (later discovered to be a property of short wavelength light, unless I'm mistaken). I'm not denying Newton's genius: his Principia Mathematicia laid the foundations of modern Calculus (whether he or Leibniz invented it is another story, but both seem to have came up with the idea and proved it independently), and his work on gravity was genius until it was disproven for very very small things and very very big things (for example, the orbit of the planet Mercury). Newtonian mechanics are still in common use today, and as long as things aren't incredibly small, incredibly big, or going at relativistic speeds, they work great. But Newton made a very large amount of mistakes. This is why he's not really the first of the scientists, but the last of the alchemists, the last of the previous era. He didn't start a new era of science, but his discoveries ended the old one and were often the basis of all future science. Ah well, nerd rant. Apologies.

Is Nobody gonna mention how nice bill nyes flow was

This is by far the best Epic Rap Battle you've done. Casting Weird Al and Chali 2na in this was pure genius.

Sir Isaac Newton, hands down. Not only because he's played by Weird Al, but because of the fact that he didn't discover gravity from the falling apple, but orbital gravitation. Long before there was even a thought of a space program. The man was a legend and deserves recognition. "The science guy" could never fill his shoes.

@steve gale So, I decided to play your game, and for the most part your were incorrect. Yes, Kepler played a big role, however, he was German. Secondly, he posited the idea, but was unable to provide proof, were as Newton showed that, for a pair of bodies, the orbits' sizes are in inverse proportion to their masses, and that those bodies orbit their common center of mass. Where one body is much more massive than the other (as is the case of an artificial satellite orbiting a planet), it is a convenient approximation to take the center of mass as coinciding with the center of the more massive body. So again, Newton

@steve gale And you have yet to provide a feasible argument. Good day to yourself, and I hope your love of Islam serves you well. BTW, they are the most backwards and bigotest culture on the plant, so have fun with that.

@Mitchell Metcalf, was no debate, I made a statement. You do not pay me to teach. Good day.

Newton: Let me explain the Science Nye: Yeah, but Newton's a freak

you knew the winner the moment you saw al's face

Sir Weird Isaac Yankovic needs to get with you ERB guys again.

Neil degras is so cringe

I don't actually know who the astrophysicist is, but he won.

Look, I love ERB, I love Weird Al, and I love this rap in particular, but can we all acknowledge that Newton is literally NDT's idol? He would never rap against him. 🤷‍♀️

Is that weird al?

The world is on FUCKING FIRE

I think Issac Newton should have pointed that Bill Nye had a rip off, calling the said rip off a Simpsons reject

not gonna lie isaac got this one on lock

I just got an add for Neil DeGrasse Tyson's master class Coincidence? I THINK NOT

i remrmber watching this on my nokia e5 in grade 8

I got an ad about Neil deGrasse Tyson... I am confusion edit: I KEEP GETTING THESE ADS ONLY ON THIS VIDEO!! REEE

FIRST LAW!!!!!!!! And the battle was over.... The battle is automatically over when someone else tags in to help. That is the law of Epic Rap Battling...

Weird Al doesn't get on a track unless it's straight fire, so by default Newton wins. They tag teamed into a loss tbqh

Al exists in the jojo universe, so, we can conclude that ERB exist too in jjba.

Carl Sagan should’ve been in this.

Yankovic is a goddamned national treasure.

Neil and Bill should react to this

they both won u idiots

I love that I am still coming back to this six years later...

"Hardware Store" and "The Hamilton Polka!"

Probably the best one I've seen
Next videos 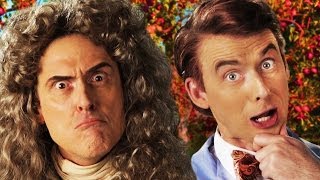 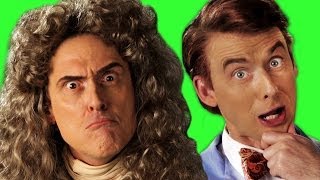 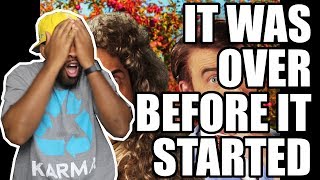 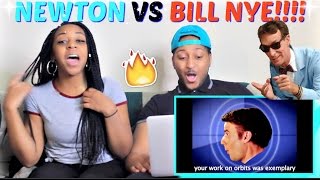 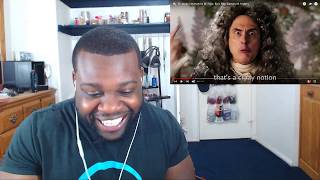 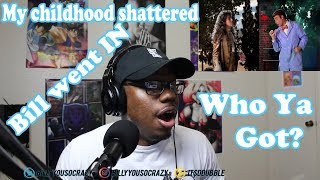 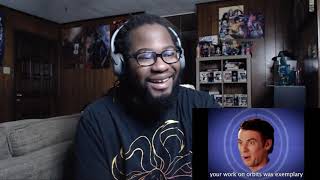 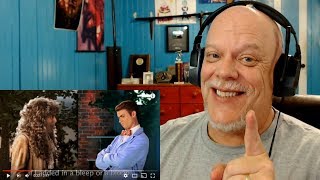 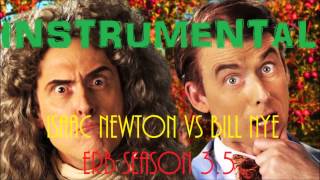 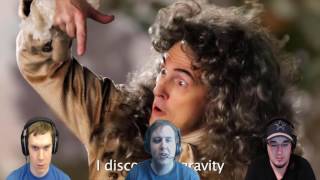 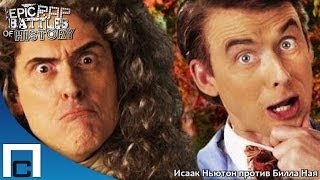 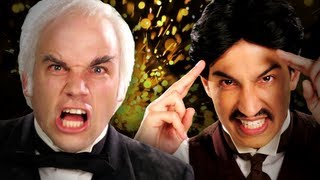 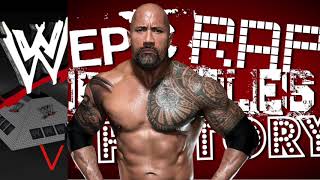 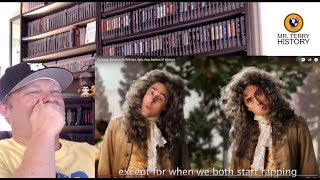 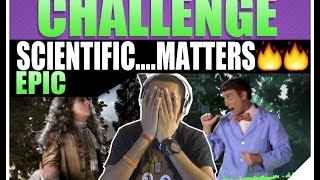 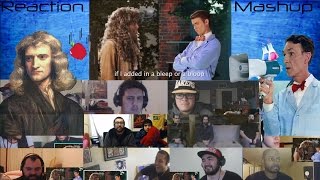 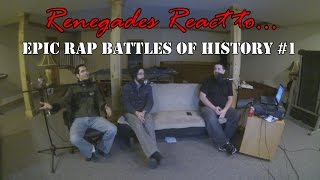